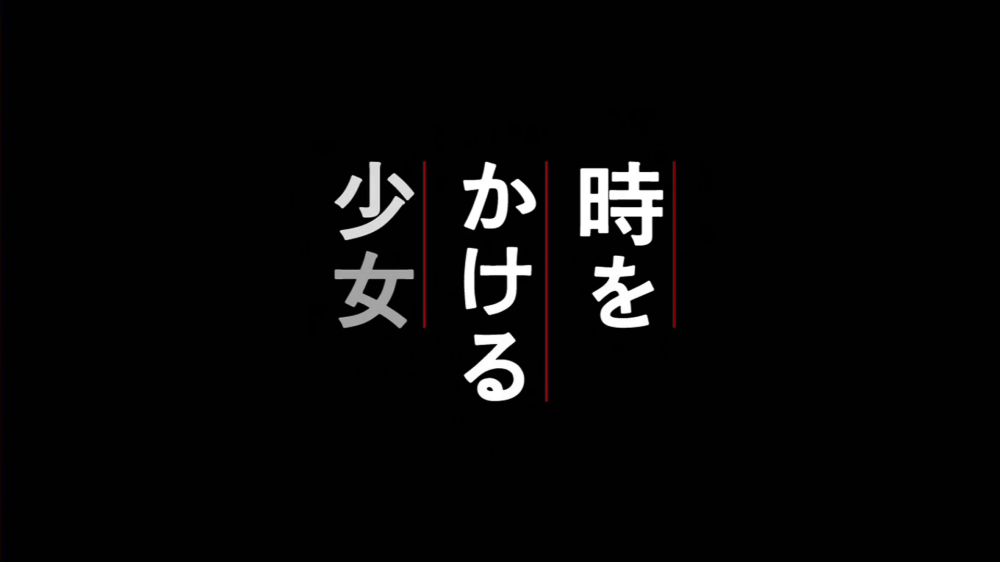 Stories about traveling through time often come as merely a plot device, or something that’s used to tell a different story.

Though not the most original, in terms of its native country and of the story conceit itself, The Girl Who Leapt Through Time has something in common with the likes of many great time traveling movies like Looper and 12 Monkeys; it has a great character in the story that makes the film more than a science fiction vehicle.

Makoto’s unfortunate death, and subsequent realization of her powers, tells a much more personal and intimate story of friendship, forgoing the antics that some time travel movies go through when dealing with paradoxes, loops and the like.

In fact, the movie has more in common with Groundhog’s Day, where she realizes her powers, does some absurd things with them and goes through an enlightenment about herself and the people around her.

In fact, in retrospect, The Girl Who Leapt Through Time is a very well repurposed and animated Groundhog’s Day. Both characters are lovable, yet obnoxious. They share an obliviousness to them. And, finally, they are absolutely charming as lead characters.

Makoto pixie-esque temperament and over-the-top nature is what makes this film enjoyable and entertaining throughout. Never an entirely introspective person, this is a character that’s not too worried about what her powers may bring and it helps with the films brisk, light pace.

In fact, making the lead character an enjoyable, forceful personality gave the standard trope of these types of film and extra bit of color that most certainly wouldn’t have.

None of the other characters are all that memorable, which is okay since the film is centered around Makoto and her reactions to everything.

And despite the story being quaint, the animation is very good to look at. Standard scenes of school labs, streets, homes and the like are given a vibrancy that from the color palette given from the animators.

The characters are given character and a warmth through its animation, especially in the case of Makoto, who is effervescent and lovable in a way that very few actress in the real world could pull off.

The sci-fi CGI clock aspects are a bit unwarranted and jarring, especially due to its sudden inclusion in key scenes.

Honestly, the science fiction elements are the weakest parts of the film, to be frank. The time travel is explained in a way that is throwaway and aren’t given much thought except to when it suits the character.

Also, the film could have been cut about 10 – 20 minutes. The movie really never slows to a crawl, per say, but there are elements in the movie that were unnecessary to the main plot.

And, while the ending itself was sweet and enjoyable, the sudden love turn angle it takes felt forced and unwarranted. Makoto just seems like a character who has an independent spirit. For the plot to fall into the “will they or won’t they?” aspect is pretty disappointing.

The movie’s exploration on friendship at a young age is where its most palpable moments come from.

Still, in a long list of Japanese animation movies, this is one that those who want to jump in to it should start with. It offers a freshing and touching alternative to the Princess Mononoke‘s and Ghost in the Shell‘s that are so popular.

Well worth the grab and well worth seeking out.

2 thoughts on “The Girl Who Leapt Through Time – Review”