Square Enix decided to do its first E3 Conference on Tuesday. And to help you guys not suffer through what felt like an event filled with slideshows of your friends most boring trips.

Holy crap that was boring.

Hey, We Are Making Stuff!

A lot of games that were announced at this event were merely prototypes and games they have just started making.

The surprise was that Nier, the cult favorite RPG for Xbox 360 and PS3, will be getting a sequel on PS4 called…NieR New Project. They promise more information in the fall, but they showed a quick teaser.

The Final Fantasy VII Remake trailer was shown again. The exact same one from the Sony Conference.

Also, the showed the World of Final Fantasy trailer as well. Yes, the same one.

Project SETSUNA was announced for release in 2016. No real details were shown, just pictures. 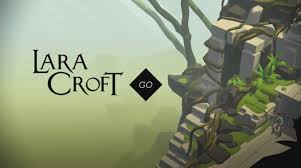 You Gotta Phone? We Got Games!

From the people who brought you Hitman Go comes Lara Croft Go. Admittedly, Hitman Go was a fun little puzzle game, but it’ll be curious to see what they do with the Lara Croft license.

Also, a trailer for the already released Hitman Sniper.

Oh yeah, and some console games…

A Hitman trailer was shown with a release date of December 8. Just a trailer, no gameplay.

Kingdom Hearts 3 is still in development, but they added the world of Tangled to the list of Disney properties. Which is great, because Tangled kicks Frozen’s ass any day of the week. It’s true, it’s damn true! Oh yeah, and more gameplay that is looking a lot more polished with…dare I say…a workable camera?

Star Ocean: Integrity and Faithlessness was announced for PS4 and set for release in 2016. OK, seriously, why the long subtitle? Didn’t the names of some of your previous gen games teach you guys over at Square that if no one can understand your game because of some stupid title, no one is going to buy it? There’s some good battle gameplay that makes it seem like it’s seamless throughout the game though.

Just Cause 3 was shown with a full reel of exciting, hilarious destructive fun. Rappelling, hang gliding, parachuting, jumping off cars…just the Just Cause I was looking for. Looks like a lot of fun. The game still has a tentative date of 2015.

Finally, Deus Ex: Mankind Divided was shown as an In Game Trailer. Looks a lot like the last game, with Adam Jensen playing double agent in order to defeat…the illuminati. Is Cicada 3301 helping him out? Find out in 2016. 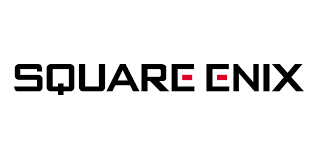 Much like Bethesda, Square Enix’s showcase had very little of what we didn’t know and a lot of what we already did know. In fact, with the exception of Just Cause 3, we still don’t know much about a lot of their games coming out, including Hitman, which is releasing this year.

The conference itself was incredibly boring and with not a lot of exciting stuff to announce, this was a head scratcher from the start.