Some things are great forever…some have an expiration date. For this fact alone, some “All-Time Greats” need a serious reality check to see if they still stand up or can still be considered great at this present time. Enter “The Wiz Retro Rewind,” where The Wiz re-examines some important and beloved films to see if it’s still good, still relevant or if could be expanded upon or updated.

Now, this next one is wildly different from the first movie I wrote about. In fact, it’s a fairly recent movie that just recently had a 5 year anniversary… 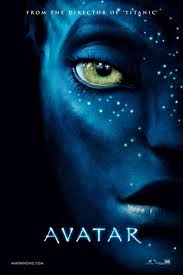 Avatar, the highest grossing film ever made, was released in December 2009 with little known about what the movie was about and why it took so long for director James Cameron to finally complete it. When it was released, it earned the distinction of blending wonderful IMAX 3D imagery that enhanced the viewing experience of the film.

And of course, I didn’t bother to see this in theaters nor do I have a 3D television, so discount that if you must.

In the past 6 years, we’ve seen more special effect laden films that have surpassed in quality of those effects alone. But to some, Avatar was sort of an experience to actually sit through and did more than most sci-fi epics do aside from having some spectacle and flash.

Does Avatar still hold up to be one of the very best movies have to offer? 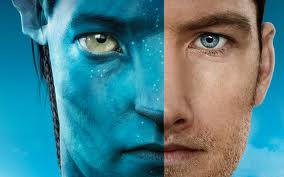 To Err Is Human

First thing that screams at you when you watch the film now is how absolutely flat and one-dimensional the characters are in the film. Seriously, every science fiction, military, action movie trope is in this film, including the commander who barks orders (without the cigar in his mouth, surprisingly) to the scientist who just cares about “the science” to the egocentric and money driven billionaire. Within 10 seconds, you know what the character is about and essentially what they are to the film.

That doesn’t just go for the humans, but also for the “na’vi”  that are portrayed in the film as aborigines who shun the world of technology to live a more spiritual life with the connection to the trees and wildlife in the world of Pandora.

And before you can say “Unobtanium,” the film has this eye rolling quality of character work that reminds you that, yes, the guy who wrote this is the same guy who did Terminator 2: Judgement Day. It’s like he pretty much said “Hey, everyone loved Jack and Rose in Titanic! I can write good characters, you watch!”

Let’s get out of the characters and get into what is truly remarkable about Avatar: the visuals. What Avatar has done that few could possibly match is give this imaginary world a life-force and weight that few films have. Everything from the creatures to the fauna is breathtaking realized to a point that it feels incredibly alive.

Few films can even claim they have a viable universe to attach itself to, such as Star Wars and Star Trek, almost none can really envelope you into a whole ecosphere. These franchises steep into some form of grounding, whether it’s the use of religion in Star Wars or the use of military protocol in Star Trek, but Avatar doesn’t do that at all.

Avatar asks you to jump into this strange land and soak in every little detail that you can see and it’s quite easily its biggest accomplishment. Few films can use visuals to transcend the problems it has, unless it’s used for artistic purposes. Avatar doesn’t merely transcend them, it asks you to believe that this exists. That it breathes.

It’s astonishing because, even after 6 years, this movie’s visuals casts quite a spell that is still hard to come back from to this very day. 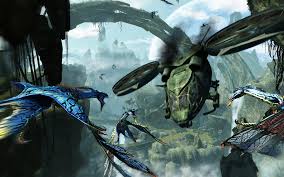 Imitation is the sincerest form of…flattery?

Yes, the characters are weak, but the fact that  entire plot lines from several different movies feel like they have been lifted directly from different sources.

Man fighting for his enemy? Hey, have you seen Dances with Wolves?
Finding a better purpose within yourself? The Last Samurai, anyone?
All things are connected by the trees and one man’s journey to be more accepting of a foreign world he inhabits? If you suddenly heard the song “Colors of the Wind” in your head watching the film, the love story is pulled straight from Pocahontas
The whole rich magnate destroying lands to get rich? Ferngully…that’s right, Ferngully.

There are deeper elements that were pleasantly “borrowed (or plagiarized, either is correct)” from other sources, but these are the biggest ones. Now, some movies do reinterpret or reimagine and borrow elements from story lines of other movies, books, TV shows, video games, comic books, whatever. But the film is downright ridiculous with its blatant use of story lines from other films.

And AVERAGE films at best! Who in the hell says “you know, that Ferngully jam was sure the sweetness…I gotsta give me some of that hot noise!” God damn you Cameron!

Of course, though, one of James Cameron’s biggest strengths is his action set pieces and he doesn’t disappoint here at all. In fact, the last hour of the film is all a straight up battle done in multiple forms, which are all very well done and still exciting.

And this isn’t just because of the graphics, it’s because the actual action is expertly paced and well executed. Nothing seems too much or rushed, like there’s just enough to satisfy without going overboard.

When any action starts, whether it’s Jake Sully defending himself against panther thingies or the finale of the film itself, it also comes to a satisfying and entertaining conclusion.

There’s a new one every year

Look, everything visually is spectacular and really gives the movie a living breathing world that feels like it needs to be explored further.

The real question is this: How long do the visuals have before they look old? 6 years later and it still looks phenomenal…that’s really saying something. But other filmmakers will try to do better things with the visual medium and create similar, if not better, worlds whether it’s created for the film or adapted from another source.

What always ages a movie more gracefully is the substance of the story, which as stated above, Avatar simply doesn’t cut it.

And hell, maybe Cameron or someone will constantly remaster and update the visuals to make it look shinier and better, but the fact still remains that the foundation of the film is set on weak ground.

And once those visuals start to age and look like computer generated stuff, Avatar will be nothing more than a glorified relic of a summer blockbuster that many felt was worthy of awards, based solely on its technical prowess. It’s an accomplishment, yes.

But movies which star literally one person talking to a camera has more character and better dialogue than this movie.

Should I See It? Is It Still Relevant?

Who Should See It:

Who Shouldn’t See It:

Avatar definitely has a shelf-life, but it isn’t here yet. It’s also very possible that the sequels could even further this movie series by improving these elements or just by improving the visuals again.

But as it stands, this movie is the cinematic equivalent of caffeine: it sure tastes damn good going in, but you get nothing out of it. And the more you have it, the more you want to stop having it.